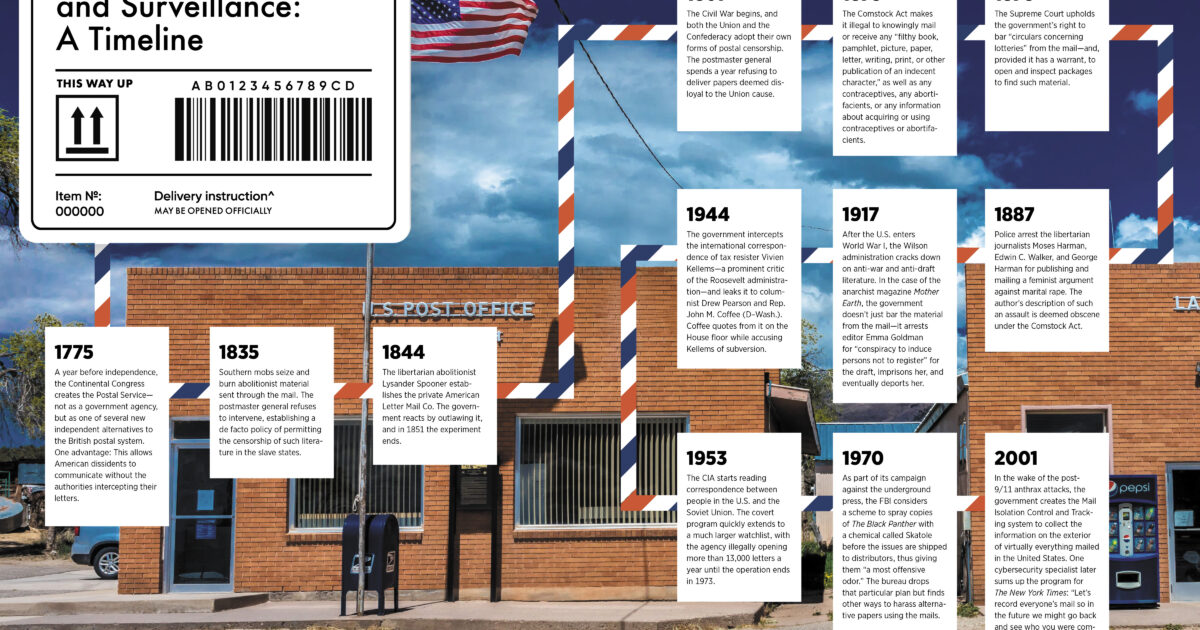 A year before independence, the Continental Congress creates the Postal Service—not as a government agency, but as one of several new independent alternatives to the British postal system. One advantage: This allows American dissidents to communicate without the authorities intercepting their letters. When you read about the “Postal Service”, instead of thinking about the Pony Express or Paul Revere, think about discrete packets of information flowing from person to person in an efficient and anonymous manner and recognize how impossible it was for the government to resist interfering.

Link: Postal Censorship and Surveillance: A Timeline
via reason.com

All of Your Smart Devices Are Spying on You