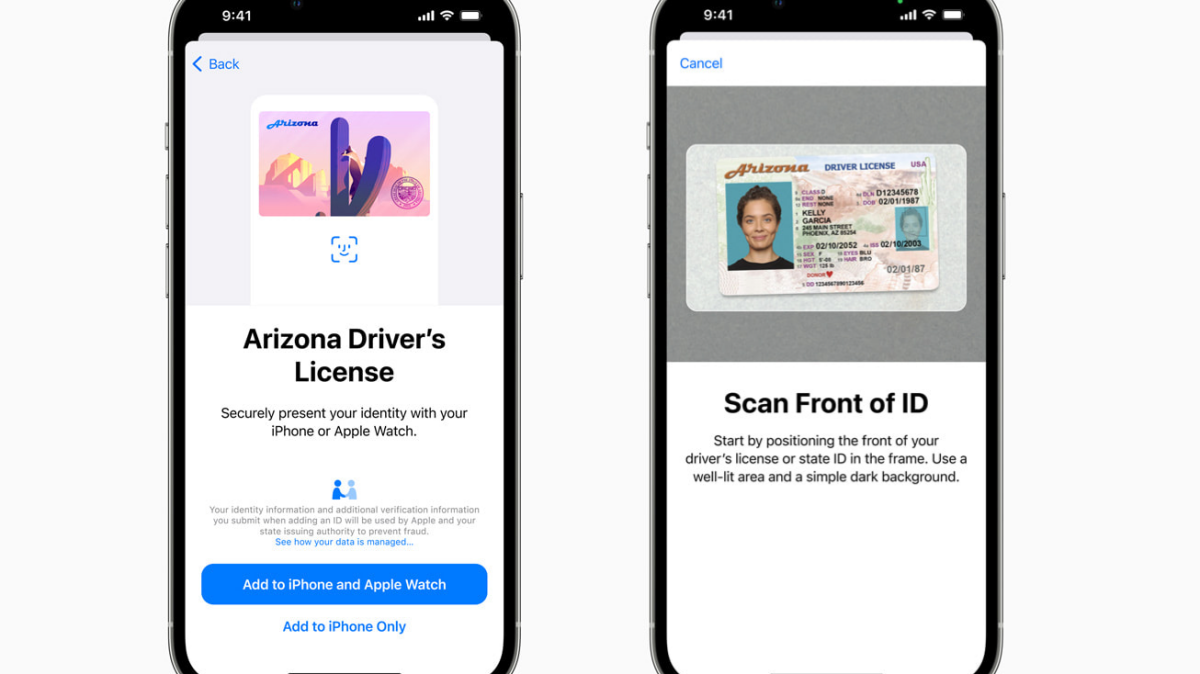 The tech giant announced Wednesday that, starting immediately, iPhone owners in Arizona will be able to add their government-issued IDs or driver’s licenses to their Apple Wallets and use the digital copies in lieu of a physical one with TSA officials at Phoenix Sky Harbor International Airport. Arizona is just the first state of many that Apple said it has queued up for its digital IDs — a promise that brings with it its own set of potential privacy concerns.

Apple is clearly trying to become a clearing house and arbiter for all its customers transactions and data. By claiming to protect your privacy, Apple is becoming a single source for all your financial, social, entertainment, Internet, and transaction information – now adding an official state-sanctioned source of identity to mix. Now is the time to separate your private interactions from your official daily business by creating a personal burner phone.

Link: Apple’s digital ID is finally here, and so are the privacy concerns
via mashable.com

What’s up with the Apple App Store’s privacy changes?

Face Surveillance and the Capitol Attack